Hello. Hockey season for the Chicago Wolves is literally three months away and ironically on Yahoo! (Yes I know I post article from them all the time, but only because that is my what I see when I log on to my computer), there was a hockey story that I typically haven't seen before. A 2004 NHL draft player Ladislav Scurko was handed a sentence of eight years for killing a referee. All I can say is wow.

Coming from personal experience of watching hockey, yes, referees aren't always "fair" when they hand out penalties for hooking or boarding, but that doesn't mean a player gets so angry to the point of killing him later on. This is a perfect example of how sports and violence correlate with each other and sometime the end result isn't so great such as in this case. What do you think out there? Read the article and let me know if you think Scurko should have gotten more then eight years or what your thoughts are in general pertaining to the article. Thanks and hope to hear from you. <3 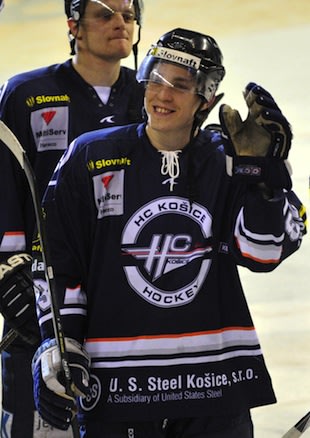