Hello everyone! My Kings won the Stanley Cup yesterday on NBC, which is Channel 5 in Chicago, IL, and I could not be more proud! Look at how hard they worked during those four minute powerplays they were given when blood was drawn from a nasty hit along the board! Congrats to the LA Kings organization, team, loads of dedicated fans, and finally everyone from the individuals working at the front desk to those scraping the ice. It takes an "army" to make a team "work" together and this is a prime example of how hard work really pays off! :) And again congrats to my Kings for winning the 2012 Stanley Cup! You guys deserve it and enjoy the parade in LA. Just a side note, when my Blackhawks won the cup in 2010, it was pure craziness in downtown Chicago and I assume it will be the same way. Hats off to a great team and organization! :) 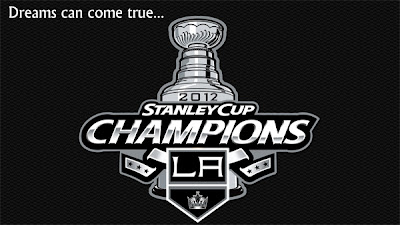 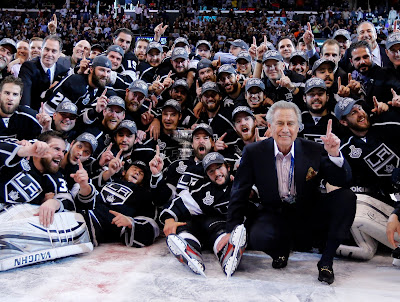 Email ThisBlogThis!Share to TwitterShare to FacebookShare to Pinterest
Labels: Hockey